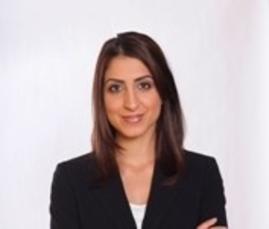 The North American Free Trade Agreement, or NAFTA, between the United States, Canada and Mexico came into effect on January 1, 1994. Almost all barriers to trade and investment between the three countries were removed. According to the Office of the United States Trade Representative, “NAFTA created the world’s largest free trade area, which now links more than 450 million people producing $17 trillion worth of goods and services.” Additionally, and most important for immigration concerns, NAFTA created the TN visa for qualifying Canadian and Mexican professionals. Under TN status, qualified aliens from Mexico or Canada may come to the United States to work temporarily for a U.S. company, or for a Canadian or Mexican company in the U.S. when those companies are engaged in projects with U.S. based companies. Please visit our TN web page for more information.

National in scope refers to one of the requirements for a National Interest Waiver (NIW) petition in the EB-2 employment-based immigration category. A NIW waives the necessity for an EB-2 applicant to have a job offer from a U.S. employer and labor certification before immigrating for the sake of the “national interest of the United States.”  In order to be eligible for an NIW petition, the alien must be able to demonstrate that, among other things, the benefit from his/her proposed activity in the United States will be national in scope. For more information on NIWs, please visit our National Interest Waiver (NIW) web page.

“National Interest Adversely Affected” refers to one of the essential requirements for a National Interest Waiver (NIW) petition in the EB-2 employment-based immigration category.  A NIW waives the necessity for an EB-2 applicant to have a job offer from a U.S. employer and labor certification before immigrating for the sake of the “national interest of the United States.”  In order to be eligible for an NIW petition, the alien must be able to demonstrate that, among other things, the national interest would be adversely affected if a job offer and labor certification were required for the alien applicant. For more information on NIWs, please visit our National Interest Waiver (NIW) web page.

In April of 1994 the Department of State opened a permanent Immigrant Visa processing facility at the National Visa Center (NVC) in Portsmouth, NH. The NVC processes all approved immigrant visa petitions after they are received from the USCIS and retains them until the cases are ready for adjudication by a consular officer abroad. Petitions may remain at NVC for several months or for many years depending on the visa category and country of birth of the visa applicant. When an applicant's case is about to become current (a visa number is likely to be available within the year), the petition is forwarded to the appropriate U.S. embassy or consulate overseas. If an applicant is adjusting status in the U.S., the case will be forwarded to the appropriate CIS office upon request by that office.

Naturalization is the process where an alien becomes a US citizen. In order for an alien to go through the naturalization process, the alien has to meet certain requirements. In general, an alien must be admitted to a permanent resident status to be eligible to become a naturalized citizen of the U.S. The alien, if filing alone, must also be 18 years old or older at the time of filing for naturalization. Certain exceptions may allow a minor alien to be naturalized prior to their18th birthday. For more information, please visit our naturalization web page.

No extension of status (NEOS) may sometimes be stamped on an alien’s I-94 card by an immigration official at a port of entry. Certain nonimmigrant classifications are not eligible to extend their status beyond the maximum period of time indicated on their I-94 card.

NOID stands for “Notice of Intent to Deny.” A NOID is issued by the USCIS when they have found the beneficiary of a petition to be ineligible for the benefits they have requested. The beneficiary, however, may provide additional evidence after they received a NOID to prove that they are eligible for their immigration petition. Receiving a NOID does not necessarily mean that the petition will be denied. It is very possible that the petition will be approved once the necessary evidence has been provided. A NOID is similar to a Request for Evidence (RFE) in this manner. However, most often a NOID rather than an RFE is issued if the initial evidence is predominantly present but the filing does not appear to establish the beneficiary’s necessary eligibility. Or it may be issued if the case appears be ineligible to approve but still curable. Sometimes a NOID will be issued after the reviewer found that the response to the RFE was not acceptable. Another difference between NOID and RFE is that the time period to answer a RFE can be flexible—up to 84 days—but there are only 30 days to respond to a NOID.

No Change of Status (NCOS)

No Extension of Status (NEOS)

Certain classes of J-1 "Exchange Visitor" require that the alien return to his/her home country or country of last permanent residency for a period of two (2) years after completion of the J-1 status before they are eligible to apply for another status in the United States, adjust their status to a permanent resident status in the US, apply for an H-1 or L-1 visa from a US Consular Office abroad, or apply for an immigrant visa through a consular processing. There are certain scenarios, however, where this foreign residency requirement may be waived. One way the foreign residency requirement may be waived is if the alien’s home country's government issues a "no objection" letter to the U.S. State Department indicating that it does not object to the waiver grant. For more information on no objection letters, please click here.For further information on the J-1 visa, please visit our J-1 visa page.

A marriage becomes non-viable when the couple separates or no longer shares a household. As it pertains to family-based immigration law, if a marriage becomes non-viable while an I-485 AOS petition is pending (that is, if the couple separates after the immigration petition was approved but before the I-485 is approved), an AOS petition based on marriage cannot be denied, provided that the marriage was entered into in good faith. However, if the marriage is legally terminated, not just simply non-viable, the alien’s petition could be denied.  . For more information about marriage and immigration, please visit our web page titledMarriage and Immigration.

Notice of Intent to Deny (NOID)

This refers to those aliens who are accorded lawful permanent residence and are exempt from the provisions of the flexible numerical limit of 675,000 immigrants set by the Immigration Act of 1990. Exempt categories include immediate relatives of U.S. citizens, refugees, asylees (limited to 10,000 per year by section 209(b) of the Immigration and Nationality Act), Amerasians, aliens adjusted under the legalization provisions of the Immigration Reform and Control Act of 1986, and certain parolees from the former Soviet Union and Indochina.

The Nursing Relief Act of 1989 allows certain non-immigrants to adjust to permanent resident status as long as they met the following requirements: 1) Had H-1B non-immigrant status as a registered nurse, 2) had been employed in the capacity for at least 3 years, and 3) whose continued nursing employment meets labor certification requirements.

The O-1 visa and status is a non-immigrant status category for aliens of extraordinary ability in the sciences, arts (including the television and motion picture industry), education, business, or athletics. This is an employment related status that allows qualified aliens to live and work in the United States. O-1 Status is distinguished from other employment related statuses in that it applies to more types of work than other areas. For instance, H-1B status is limited to professionals and cannot apply to athletes or entertainers in the way that O-1 status can. The initial period of stay for O status is up to 3 years. An approved O petition will have a validity period commencing with the date of approval and ending with the date requested by the petitioner. Furthermore, O-1 is a dual-intent visa, meaning that the beneficiary may apply for a change of status or an adjustment of status at any time after they arrive in the United States, without facing difficulty with preconceived intent issues.   For more information on O-1, please visit our O-1 web page.

Optional Practical Training work authorization is designed to provide opportunities for employment to international students with F-1 status who wish to work in their field of study. During the period of OPT, a student will maintain F-1 visa status, as long as they follow the necessary requirements, since it is considered to be part of the program of study. An F-1 student may not begin optional practical training until the date indicated on his or her employment authorization document, Form I-766. For more information about OPT, please visit our web page on Optional Practical Training.

Under U.S. immigration law, a foreign-born child is an orphan if he or she does not have any parents because of the death or disappearance of, abandonment or desertion by, or separation or loss from both parents. A foreign-born child is also an orphan if his or her sole or surviving parent is not able to take proper care of the child and has, in writing, irrevocably released the child for emigration and adoption. For such a child to gain immigration benefits, an orphan petition must be filed before his or her 16th birthday. An orphan petition may be filed before the child's 18th birthday for a child who is a natural sibling of an orphan or adopted child as provided above, and is adopted with or after that child, by the same adoptive parents. For more information about adoption and immigration, please visit our web page on U.S. Based Adoption.

An alien’s non-immigrant status in the U.S. remains valid only for the designated purposes and the duration of their authorized stay as evidenced by their I-94 card. Therefore, if the designated conditions are violated or an alien's non-immigrant status expires, the alien will be out of status in the United States. To avoid being out of status, an alien must comply with the designated conditions of their relevant status. They may also apply for an extension or change of status of their current status, or alternatively apply for adjustment of status if they are eligible. For more information on maintaining valid status, please visit our web page.

Generally, overstay occurs if an alien remains in the U.S. past the expiration date on his/her I-94 card.  In order to not illegally overstay their status expiration date an alien must either apply for a change or extension of status before their current legal status expires or leave the United States once it does.