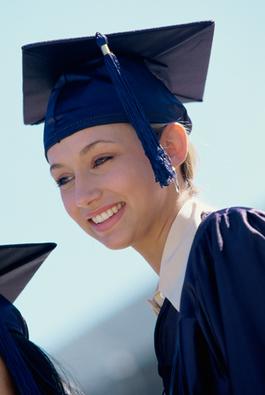 In addition to the F-1 and F-2 visas, there is also a visa subcategory that applies to commuter students who wish to study in the U.S. The F-3 visa is designated to Canadian and Mexican citizens who wish to come to the United States to study at a community/junior college, vocational, or other non-academic institution that is located within 75 miles of a U.S. land border, as long as they do not reside in the U.S.

The student must maintain an actual residence and place of abode in his/her country of nationality, and seek admission into the United States at a land border port-of-entry. (Special note: these rules do not apply to a national of Canada or Mexico who is: (1) residing in the United States as an F-1 student who is attending an approved school, or (B) enrolled in a full course of study as defined here )

​An F-1 visa is a non-immigrant visa issued by a United States Consulate abroad to an alien who plans to come to the United States to pursue full-time studies at a U.S. educational school or institution. Generally, the U.S. Consular Office has total discretion to grant or deny the visa.  Foreign students who wish to obtain an F-1 visa must plan to pursue a full course of study in an approved college, university, seminary, conservatory, academic high school, private elementary school, other academic institution, and/or language training program in the United States.

F-1 status is a nonimmigrant status issued by the USCIS  to the alien student who is pursuing studies in the U.S. To obtain the F-1 status, an alien who is outside the US needs to first apply for an F-1 visa at their local US Consulate abroad. On the day that the alien is admitted into the U.S. on an approved F-1 visa, he/she becomes an F-1 status holder. For those who are already in the United States on another non-immigrant status, such as B-1/B-2, H-1, etc., they may apply to change to F-1 status in the U.S. or outside the U.S. through Third Country Visa processing. (For aliens who are subject to the J-1 two-year foreign residency requirement, the only option for change of status is via Third Country Visa processing.)

The spouse and/or unmarried, minor children of F-1 holders are eligible to come to the United States on an F-2 Visa, if they are able to demonstrate that the F-1 student has been admitted and is, or will be within 30 days, enrolled in a full course of study, or engaged in approved practical training following completion of studies. F-2 Visa holders are considered the dependents of F-1 students; furthermore, F-2 holders must be issued an individual SEVIS Form I-20 and may remain in the U.S. as long as the principle F-1 student maintains valid status.